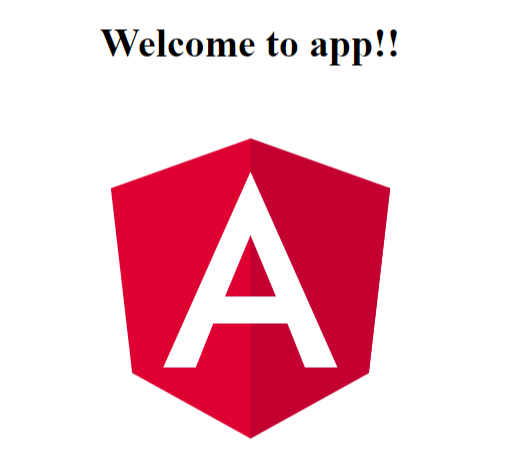 This document contains a list of practices which will help us boost the performance of our Angular applications. “Angular Performance Checklist” covers different topics – from server-side pre-rendering and bundling of our applications, to runtime performance and optimization of the change detection performed by the framework.

The document is divided into two main sections:

Some practices impact both categories so there could be a slight intersection, however, the differences in the use cases and the implications will be explicitly mentioned.

Most subsections list tools, related to the specific practice, that can make us more efficient by automating our development flow.

Note that most practices are valid for both HTTP/1.1 and HTTP/2. Practices which make an exception will be mentioned by specifying to which version of the protocol they could be applied.

Some of the tools in this section are still in development and are subject to change. The Angular core team is working on automating the build process for our applications as much as possible so a lot of things will happen transparently.

Bundling is a standard practice aiming to reduce the number of requests that the browser needs to perform in order to deliver the application requested by the user. In essence, the bundler receives as an input a list of entry points and produces one or more bundles. This way, the browser can get the entire application by performing only a few requests, instead of requesting each individual resource separately.

As your application grows bundling everything into a single large bundle would again be counter productive. Explore Code Splitting techniques using Webpack.

Additional http requests will not be a concern with HTTP/2 because of the server push feature.

Tools which allows us to bundle our applications efficiently are:

These practices allow us to minimize the bandwidth consumption by reducing the payload of our application.

For the final version of our applications we usually don’t use the entire code which is provided by Angular and/or any third-party library, even the one that we’ve written. Thanks to the static nature of the ES2015 modules, we’re able to get rid of the code which is not referenced in our apps.

Once we tree-shake and bundle app.js we’ll get:

This means that the unused export bar will not be included into the final bundle.

Note: GCC does not support export * yet, which is essential for building Angular applications because of the heavy usage of the “barrel” pattern.

A challenge for the available in the wild tools (such as GCC, Rollup, etc.) are the HTML-like templates of the Angular components, which cannot be analyzed with their capabilities. This makes their tree-shaking support less efficient because they’re not sure which directives are referenced within the templates. The AoT compiler transpiles the Angular HTML-like templates to JavaScript or TypeScript with ES2015 module imports. This way we are able to efficiently tree-shake during bundling and remove all the unused directives defined by Angular, third-party libraries or by ourselves.

The tooling here is not Angular-specific and entirely depends on the web/application server that we’re using. Typical compression algorithms are:

Note: Brotli is not widely supported yet.

Resource pre-fetching is a great way to improve the user experience. We can either pre-fetch assets (images, styles, modules intended to be loaded lazily, etc.) or data. There are different pre-fetching strategies but most of them depend on specifics of the application.

In case the target application has a huge code base with hundreds of dependencies, the practices listed above may not help us reduce the bundle to a reasonable size (reasonable might be 100K or 2M, it again, completely depends on the business goals).

In such cases a good solution might be to load some of the application’s modules lazily. For instance, lets suppose we’re building an e-commerce system. In this case we might want to load the admin panel independently from the user-facing UI. Once the administrator has to add a new product we’d want to provide the UI required for that. This could be either only the “Add product page” or the entire admin panel, depending on our use case/business requirements.

Lets suppose we have the following routing configuration:

The first time the user opens the application using the url: https://example.com/ they will be redirected to /dashboard which will trigger the lazy-route with path dashboard. In order Angular to render the bootstrap component of the module, it will has to download the file dashboard.module and all of its dependencies. Later, the file needs to be parsed by the JavaScript VM and evaluated.

Triggering extra HTTP requests and performing unnecessary computations during the initial page load is a bad practice since it slows down the initial page rendering. Consider declaring the default page route as non-lazy.

Caching is another common practice intending to speed-up our application by taking advantage of the heuristic that if one resource was recently been requested, it might be requested again in near future.

For caching data we usually use a custom caching mechanism. For caching static assets we can either use the standard browser caching or Service Workers with the CacheStorage API.

This section includes practices which can be applied in order to provide smoother user experience with 60 frames per second (fps).

In development mode Angular performs some extra checks in order to verify that performing change detection does not result to any additional changes to any of the bindings. This way the frameworks assures that the unidirectional data flow has been followed.

In order to disable these changes for production to not forget to invoke enableProdMode:

AoT can be helpful not only for achieving more efficient bundling by performing tree-shaking, but also for improving the runtime performance of our applications. The alternative of AoT is Just-in-Time compilation (JiT) which is performed runtime, therefore we can reduce the amount of computations required for rendering of our application by performing the compilation as part of our build process.

Usual problem in the typical single-page application (SPA) is that our code is usually run in a single thread. This means that if we want to achieve smooth user experience with 60fps we have at most 16ms for execution between the individual frames are being rendered, otherwise they’ll drop by half.

In complex application with huge component tree, where the change detection needs to perform millions of check each second it will not be hard to start dropping frames. Thanks to the platform agnosticism of Angular and it being decoupled from DOM architecture it’s possible to run our entire application (including change detection) in a Web Worker and leave the main UI thread responsible only for rendering.

A big issue of the traditional SPA is that they cannot be rendered until the entire JavaScript required for their initial rendering is available. This leads to two big problems:

Server-side rendering solves this issue by pre-rendering the requested page on the server and providing the markup of the rendered page during the initial page load.

On each asynchronous event Angular performs change detection over the entire component tree. Although the code which detects for changes is optimized for inline-caching, this still can be a heavy computation in complex applications. A way to improve the performance of the change detection is to not perform it for subtrees which are not supposed to be changed based on the recent actions.

Another way of implementing a custom change detection mechanism is by detaching and reattaching the change detector (CD) for given component. Once we detach the CD Angular will not perform check for the entire component subtree.

In the snippet below, you can see an example for a component which uses this practice. When the _incrementPoints method is called the component will start incrementing the _points property every 10ms (by default). The incrementation will make the illusion of an animation. Since in this case we don’t want to trigger the change detection mechanism for the entire component tree, every 10ms, we can run _incrementPoints outside the context of the Angular’s zone and update the DOM manually (see the points setter).

Warning: Use this practice very carefully only when you’re sure what you are doing because if not used properly it can lead to an inconsistent state of the DOM. Also note that the code above is not going to run in WebWorkers. In order to make it WebWorker-compatible, you need to set the label’s value by using the Angular’s renderer.

As argument the @Pipe decorator accepts an object literal with the following format:

The pure flag indicates that the pipe is not dependent on any global state and does not produce side-effects. This means that the pipe will return the same output when invoked with the same input. This way Angular can cache the outputs for all the input parameters the pipe has been invoked with, and reuse them in order to not have to recompute them on each evaluation.

The default value of the pure property is true.

Use trackBy option for *ngFor directive

The *ngFor directive is used for rendering a collection. By default *ngFor doesn’t know how to identify each item of the given collection.

The list of practices will dynamically evolve over time with new/updated practices. In case you notice something missing or you think that any of the practices can be improved do not hesitate to fire an issue and/or a PR. For more information please take a look at the “Contributing” section below.

In case you notice something missing, incomplete or incorrect, a pull request will be greatly appreciated. For discussion of practices which are not included in the document please open an issue.